The Shadow of Mudflap 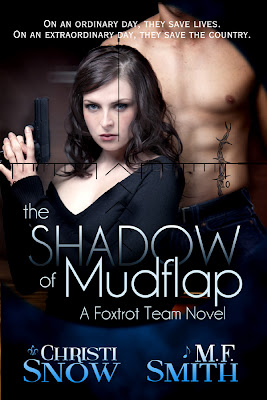 This is such a special day!!
Today we are celebrating the release of

The Shadow of Mudflap
by Christi Snow and M.F. Smith

From Amazon: To us, first responders are heroes. But for them, risking their lives is a normal, everyday thing.
Mudflap:Born the baby of the family, Mudflap has always had something to prove to emerge out of the shadows of his older siblings. He spent eight years as a Special Ops elite sniper and is now a firefighter. But at his heart, he’s just a normal West Texas good old boy who loves his beer, women and football, until the Department of Defense calls him up to say they need his skills again.Shanae:Shanae is a first responder of a different sort. She’s a trauma nurse who works on a medical evacuation helicopter team. But while she lives a life full of adrenaline every day, it’s just a cover for her real life, where she hides in the shadows and is secret agent, Shadowfox for the Lubbock Foxtrot Team (LiFT). She’s living the kind of life that most people think exists only in movies and books.Working for two different branches of the government, Mudflap and Shanae are in a race against time and the terrorists who threaten the very heart of West Texas life, football. They’re working toward the same goal, but find themselves in a confrontation against each other and the lies they’ve each had to hide behind. Can love win out in the end or will the cost be each other and their very lives?First responders are heroes every day, but this story tells the tale of when they become even more and find love along the way. The key is for them to stay alive so that they can complete their mission and just maybe live happily ever after.On an ordinary day, they save lives. On an extraordinary day, they save the country. 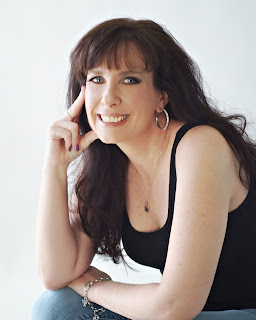 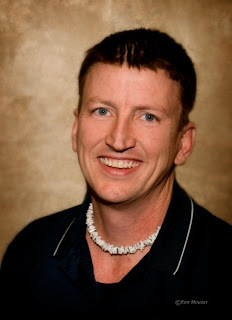 What I Thought: First of all, it's impossible to not LOVE this book- and I don't even live in Texas. Well, I did once, we were stationed there in San Antonio. What did I learn during that time? Texans LOVE their football, their country and their Texas (not incidentally my oldest plans to go to UT Austin next year-Mudflap and Shanae would probably not appreciate that)

ANYWAY- This book has SO much going on.

A terrorist organization is threatening the way of life for the college town of Lubbock, Texas, and their football. The string of attacks has gained the attention of more than one federal agency, all of which seem to be under each other's radar.

First there's Shanae, a super spy whose cover is a first responder , except wait she really IS a first responder. Of course she's hot, strong, independent and don't worry she's totally got this whole terrorist thing covered. I love a kick ass heroine-have I mentioned that before? No doubt I have, but it's worth saying again.

Where was I? Oh yeah...Mudflap-yeah, that's really this guys name. Funny how after reading how hot he is, and getting into the story you don't even notice that it's strange anymore. He's hot, he's funny, he's a little alpha and a bit of cowboy thrown in too. Yum.

Forget it, I'm not going to tell you how he got the name, you're going to have to read the book!

Mudflap is a firefighter, but he's got a bit more up his sleeve. He spent 8 years as a sniper and the government figures they can use his skills to help catch the organization behind the attacks.

Much adventure, hijinx, sizzle, and suspense ensues-I'm not giving it up I tell you!! This I can promise- you will have a blast along the way. This book is written in alternating points of view and I swear I could hear them talking in my head! The text messaging, the football scores, and even the chapter titles are so original and fun. It also sets us up for a series as this writing team plans to write more in the series over the next few years.

Lastly, (All the proceeds from this novel will go to the Lubbock Red Cross.)