From Amazon: At the young age of eighteen, tragedy and a dark secret force Lara to flee all she has known and loved to start a new life. Now years later, with a new identity as Amy, she's finally dared to believe she is forgotten-even if she cannot forget. But just when she lets her guard down, the ghosts of her past are quick to punish her, forcing her back on the run.
On a plane, struggling to face the devastation of losing everything again and starting over, Amy meets Liam Stone, a darkly entrancing recluse billionaire, who is also a brilliant, and famous, prodigy architect. A man who knows what he wants and goes after it. And what he wants is Amy. Refusing to take "no" as an answer, he sweeps her into a passionate affair, pushing her to her erotic limits. He wants to possess her. He makes her want to be possessed. Liam demands everything from her, accepting nothing less. But what if she is too devastated by tragedy to know when he wants more than she should give? And what if there is more to Liam than meets the eyes?

What I Thought: This book has everything you've come to expect from Lisa Renee Jones- Mystery, Suspense, Hot Alpha Male, and yes, Hot sex.

Amy (who was previously Lara) was forced to flee her life and her identity several years ago. We meet her in the middle of leaving yet another place and identity. She's not used to noticing men, or them taking notice of her, but when her eyes meet Liam Stone's in the airport terminal everything about her takes notice. In a coincidence that only happens in in books (which is why we love them) they end up seated together and Amy soon learns that this is a man who will posses her heart and soul.

This book is written in first person, all from Amy's POV, which was a little difficult for me to get used to, but I got over it. I wanted to know more about where Liam was coming from, which we will likely get in the next book. This is a great story, suspenseful and sexy- but you should expect to be left in the dark. This book is basically just setting you up for a series. We never really find out what Amy is running from, why people are trying to kill her, or what in Liam's past that is hinted at causes him to be so possessive and domineering.

If you are a fan of Lisa Renee Jones, you'll definitely want to pick this one up! 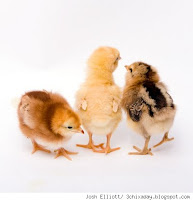